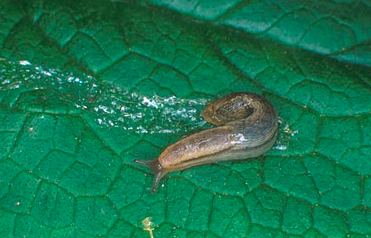 I’m probably a bit slow on the uptake here, but I’m just now seeing that some Hong Kong billionaire went out and spent upwards of $77 million dollars this week on diamonds for his 7 year old daughter. Like, I’m sorry, but was the Disney Store sold out of the Inside Out playground?! Seems like someone’s overcompensating. Not to be crass, but I feel the need to state the obvious. He should probably put his peen back in his pants, no? We get it, you can afford to buy her every color diamond in her 64-color Crayola box. Nobody likes a show off.

In all likelihood, I’m just concerned for the jewelry’s wellbeing. I was a shy, well mannered kid, yet I still managed to lose nearly every bit of jewelry I had as a child. I was like an adorable slug just secreting my slime every which way, but rather than worthless slime it was actually valuable jewelry. Some of my casualties included my sister’s gold leaf earrings, my garnet ring, my sister’s diamond studs, my amethyst ring, and my sister’s love knot earrings. I mean, I clearly attempted to only lose my sister’s jewelry and later pin it on her, but sometimes it backfired. I hate that I lost some of mine in the process; I’ll never forgive myself for that.

I don’t know, maybe some part of me was like Christopher McCandless from “Into the Wild” at a young age. Like, I’m sure I subconsciously lost my possessions intentionally as a juvenile stance against conformity and materialism. That sounds about right. I also recall begging for some moronic red cowboy boots that year and subsequently assaulting my parents with a symphony of emotions when I didn’t get them, so yeah. Sounds like I was a McCandless-in-the-making.

But I digress, this isn’t about me. Let’s get back to this bejeweled 7-year-old, Josephine. Young Jo is the proud possessor of the most expensive jewel sold ever at an auction, and she’s likely still wetting the bed on the reg. I mean, she’ll look seriously posh doing it, but she’s a bedwetter nonetheless. To our knowledge, her father, Joseph Lau, has spent $86.5 million to buy her  diamonds, and the number is multiplying at breakneck speeds. He paid $9.5 million in 2009, $28.5 million earlier this week, and $48.5 million yesterday (!!!) Again, not to state the obvious, but put your peen back in your pants, Lau. You’ve made your point.