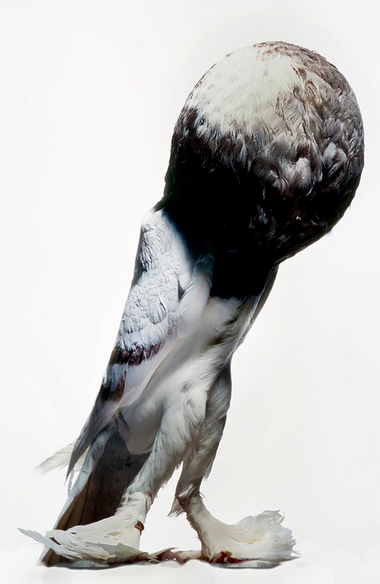 I’ve done it. I’ve finally f#$%ing done it, you guys. I mean, it’s about damn time, if I’m going to just blurt out what you’re all thinking. I’m a 30-something, after all. I think I’m the last of my friends, too, though it’s not something we openly discuss. It’s not like everyone is comfortable divulging theirs, as you can imagine. I mean, sure, you have the odd friend who will just ask you point blank, but generally you default to a canned response rather than allow yourself to get all vulnerable.

And, listen, there’s no shame in being selective. This is the rest of your life. You don’t want to make a decision and then, like, 6 months later be like “nah, I’m not into this one anymore. Trade-sies? Anyone?”

Anyways, I’ll stop being all cryptic. Today, I identified my spirit animal.

Wow, just saying that out loud feels so liberating. I can’t even begin to tell you how good it feels to finally say that without a hint of hesitation. When people would ask me previously, I’d always take a minute to think and then default to one of two answers:

“Penguin?” I’d say, to which the other person would nod knowingly since they’re objectively adorable and, like, who wouldn’t want to identify with those dapper little perma-tuxedo donners?

“Polar bear?” I’d say the other half of the time, and that response was always met with a quizzical eyebrow raise, and often the person backing away without breaking eye contact so as to appear polite while trying to break out of the proverbial prison of my company.

I was always fooling myself, and at the same time attempting to fool whomever had broached the subject. I mean, sure, I identify with Arctic animals because they survive the toughest conditions on the planet and still emerge all adorable like “oh, this old thing? That’s just my sleek black coat. I mean, it’s been covered in icy frost while I’ve been sticking it out in around the clock darkness for 6 goddamn months a year, but yeah I guess it does still look stylish. Thanks for noticing.”

I, too, have survived 6 straight New York Winters, sooo yeah. It’s pretty much the same thing.

Ok so before I reveal my spirit animal, I’d just like you to make a conscious effort to open that mind. I know you think you’re all liberal and progressive, but you are still capable of involuntary reactions that could offend me. I’m in a delicate place, so please keep any signs of visible disgust at bay.

Here goes….drum roll please….The English Pouter! Isn’t she a beaut? This breed of fancy pigeon (again, hide your disgust) is what I’m all about. She came across my Instagram this afternoon, and it was all I could do not to, like, cry in relief. Finally, an animal I can seriously identify with! After all this time. I was starting to lose faith she even existed, y’all.

Now, I know I’ve previously said all birds are assholes, but just look at this one. Puffy head? Check – I too have a whole lotta hair. Hiding her face in her puffed out breast? Check – I, too, like to look bashful while simultaneously making my breasts look larger.  Finally, and here’s the true reason I’m ready to commit – English Pouter? Check. I, too, am marrying an English guy in like a week (English by proxy) and Pouter is the exact type of homonym that makes me lol.