Happy Friday beautiful people and uggos (I don’t want to exclude anyone). In case I’ve failed to mention it, I have been elbow-deep in my book-baby delivery. Raindropt – Your typical “girl meets gnome” story – will meet the world on March 7th.

I’ve seen her already, and though she’s still covered in goo and far too entitled despite her limited days on this planet, she’s a beaut. Just look at her:

I know I’m just the tiniest bit biased, but I think she’s just beautiful – inside and out.

Now, you may have had a few book babies of your own, and if so, I commend you. ‘Taint 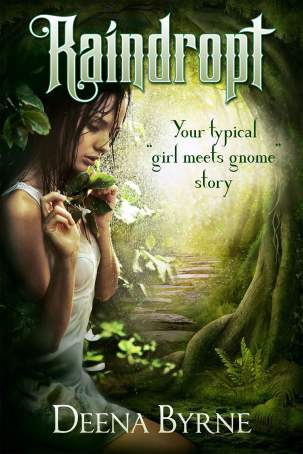 The majority of you are likely witnessing your first ever book birth, and I’d like to give you a glimpse into the delivery room. No, not that end of the table. Pervs.

Anyways, you may be inclined to leave the room. The events you’ll witness could turn you off from ever wanting to sit down and pen your first book baby. Believe me when I say that’s far from my intent.

A book baby is your gift to the world, your legacy. If you have that itch to write then write you must. I thought it may be helpful if I shared how I actually came to sit down and write the book. I’ve written one book, so I think we can both agree there’s not a single person more fitting to dole out unsolicited advice.

I’ve covered just the first three stages of writing the book as I’ve come to know them. In another post, I’ll delve deeper. As a wise woman once said, “Let’s start at the very beginning, a very good place to start.” So here you are:

So there you have it, the three stages behind actually sitting down and beginning to write a novel as I’ve come to know them. Next time, we’ll cover first draft, second and third drafts, editing and polishing. Funsies.

One thought on “How to begin to write a novel”