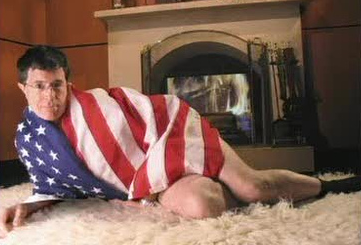 This year marks my four year ex-pat-aversary, y’all. In 2012, I boxed up my solid DVD collection, left all my Winter clothes behind (it was May) and bid adieu to the red, white and blue. I don’t remember my exact parting words but I believe it was something to the tune of “Suck it, America,”* as I stepped aboard British Airways and added milk to my in-flight tea for the very first time. I arrived to find none of my DVDs worked across the pond, and it was sub-50 degrees and rainy all Summer long. Perhaps I spoke a bit too soon.

Full disclosure – I love almost everything about living abroad. The free healthcare in London is the tits. You can travel to many countries cheaper and faster than driving to your neighboring state. The vastly different cultures and languages are goddamn delightful for a diversity obsessive like yours truly.

But then, there are just some things America gets right. Cookies, Target and late night TV hosts are unmatched elsewhere in the world. But you already know that much – I won’t insult you by stating the obvious.
Instead, let’s talk about the six things that America is discreetly nailing on the daily. These include:
1. Dryers – Washer/dryer combos outfit most flats in Europe, and they are a bald-faced lie. The “dryers” do little more than wring out your sopping wet garments. Most people don’t even bother with the “drying” setting, and resort to drying racks or clothes lines. Household dryers churn out dry, fluffy towels like it’s nothing in America. And I’m here to tell you it’s something. Survival outside of America amounts to little more than banishing every memory you’ve ever had of dry, fluffy towels. You’re forced to accept crunchy, damp, prickly towels as the norm, and it’s goddamn terrible.
2. Garbage disposals – I love a garbage disposal. There’s few things in life more satisfying than throwing a load of potato peels down a garbage disposal and letting that gravelly bad boy rip. They just aren’t a thing here, y’all. No amount of throwing endless food scraps down a European sink will make them materialize. Believe me, I’ve tried. You’ll just end up with a very judgmental plumber laying down a fierce warning in your home while you try without success to blame your husband.

3. Sale sections – I live for sales. Can anything beat the rush of scoring a pair of pants originally priced at $89.99 for $4.99? Methinks not. Give me a sale section in an overpriced store and I will emerge victorious every time. I rocked up in Europe all “excuse me, where is your sale section?” and the shop girl was all, “Come back in January.” They only have two sales a year here – one in January, and one in July. It’s madness.

5. Drugstores – Oh man, America knows how to do a drugstore. The average American drugstore takes up two city blocks and has everything from office supplies to Whole Foods-caliber snacks and even Essie nail polish. They also have drugs, but they’re not all in your face about it. A drugstore is a place you can wander into for throat lozenges and emerge half an hour later $50 lighter to find you’ve gotten nothing for your sore throat but who gives a shit because you’re just so HAPPY. Ugh, I miss those. In Europe their drugstores just sell drugs. It’s such a bummer.

6. Doggy bags – In America, the portion sizes are roughly 12x what they should be, and we know this. We plan for this. It’s commonplace to ask “can you box this?” at the end of every meal, even if you have approximately two bites left. Because, damnit, you exerted some control and you should be awarded with a midnight snack. Well, imagine my surprise when I found that most restaurants don’t even have to-go cartons in Europe. Like, it’s not a thing. You either finish your dish or wave a tearful goodbye as it’s sent back to the kitchen to be disposed of. NOT down the garbage disposal. It’s a goddamn travesty.

So there you have it, the six things I miss the most about living in America. Don’t take your drugstore for granted, patriots, for there are some people who are forced to do without. The locals don’t know what they’re missing, but the expats mourn the absence of these necessities every day.
*I never actually told America to “suck it.” I love my country so much it’s downright embarrassing.

3 thoughts on “6 things I miss about living in America”