Remember the days when there was real controversy? Lil Kim showed up at the Grammys in 1998 like, “I don’t wanna cover my good boob,” and just left it hanging out there? Then Janet Jackson had her own derivative version that caused pop stars to be banned from the Super Bowl halftime show for like 5 years afterwards. Both incidents were shocking at the time. Nowadays the Kardashians are all naked all the time and no one is like, “Kris put your clothes back on.” Because we’re desensitized to everything. 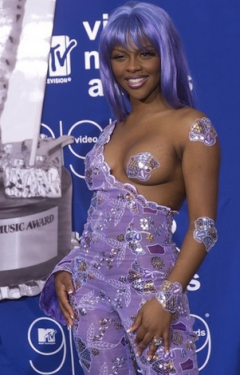 Well, I have a word to share that I know for a fact is still shocking. And that is not an easy feat these days. The abundance of content on Youtube, social media and shows with the “antagonist protagonist” like Breaking Bad have skewed our perception towards the world. Our collective innocence is gone. Now we just expect our chemistry teachers to be slinging crystal and busting caps in people’s asses. Call me nostalgic, but I crave a time with real controversy.

And I’m determined to bring it back, with the assistance of one adorable-but-biting adjective.

Now, as I said, it’s controversial. Some of you will punch your computer screens or crack your iPhones when you read it. You’ll find your warranty doesn’t cover rage incidents, and you’ll be furious with me for driving you to deface it. It’s a risk I’m willing to take, friends. I know this word can bring back controversy. I myself have used it twice in the past week, and both times it has elicited “ew”s and “wow”s and “you are to leave my house now, you’re no longer welcome back here”s.

So, without further ado, the word that has the power to resurrect controversy: “cunty.”

Still reading, albeit with a cracked screen? Good, allow me to explain. I remember the first time “cunty” was directed at me. There I was, in New York City in the year 2011. I was out to lunch with a five friends. It was your typical, par for the course, $80/per head sushi lunch. We’ve all been there. When the bill came, I saw that tip was included. I balked at leaving an additional tip, and made the mistake of outright protesting. I broke the cardinal rule of group meals in New York, friends. You should always expect to spend a minimum of $80 each and count yourself lucky if it’s shy of $200/per.

My friend was all, “you’re being cunty.” And I was all, “you’re dead to me, I’m taking these four with me in our friendvorce settlement and you get nothing.” Kidding, we’ve stayed friends, if only for the fact that he would have gotten all of the friends and left me with nothing. Anyways, in the moment, I was shocked. Me, cunty?! Surely you jest. There I was, shock and horror spilling over my face like some adorably misunderstood puppy. I sat there thinking, there is no way that word could ever apply to me. 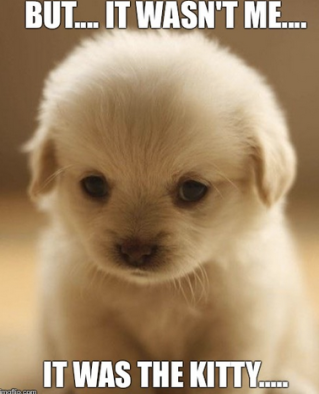 But here’s the thing, friends. It did. I was behaving in a cunty manner. And rather than hide from the descriptor, I decided to harness its power. These days, I am the one wielding the word whenever I feel it’s appropriate. Because we need this word. I just watched Silence of the Lambs, and I was like, “That dude it wearing a skin suit? So what, who hasn’t?” I know I’m not alone here.

So, allow me to praise the word “cunty,” for it has a power we’ve since forgotten. This word is able to shock in an unshockable world. And for that, I am eternally grateful.